Please see the Meeting Dates Page
Posted by Richard Heath at 23:29 No comments:

Wednesday Meeting dates changed for the rest of 2016.

Please note that I have just been informed of changes to the Wednesday meeting dates for December.

There will not be a meeting this coming Wednesday 14th. Instead the remaining Wednesday meeting of 2016 will be on the 21st December.

After that the club will start meeting again on Monday January 9th and Wednesday January 11th.
Posted by Richard Heath at 22:33 No comments:

COGS will be running some Frostgrave participation games at Fiasco next weekend, Sunday 30th October.

Come along and say hello!

Please bring your Warband along for a game or use one we've provided. We have games for both new and experienced Frostgrave players.

Due to renovations there will be no COGS meeting on Monday 24th October 2016.

This will not affect the meeting on Wednesday 26th October.

Monday night meetings will restart on 31st October.
Posted by Richard Heath at 23:19 No comments: 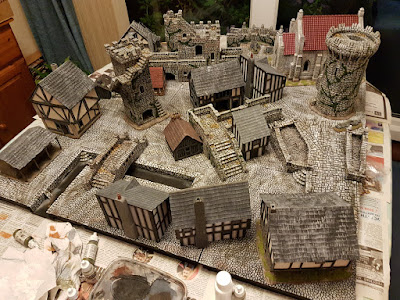 Posted by Richard Heath at 09:57 No comments: